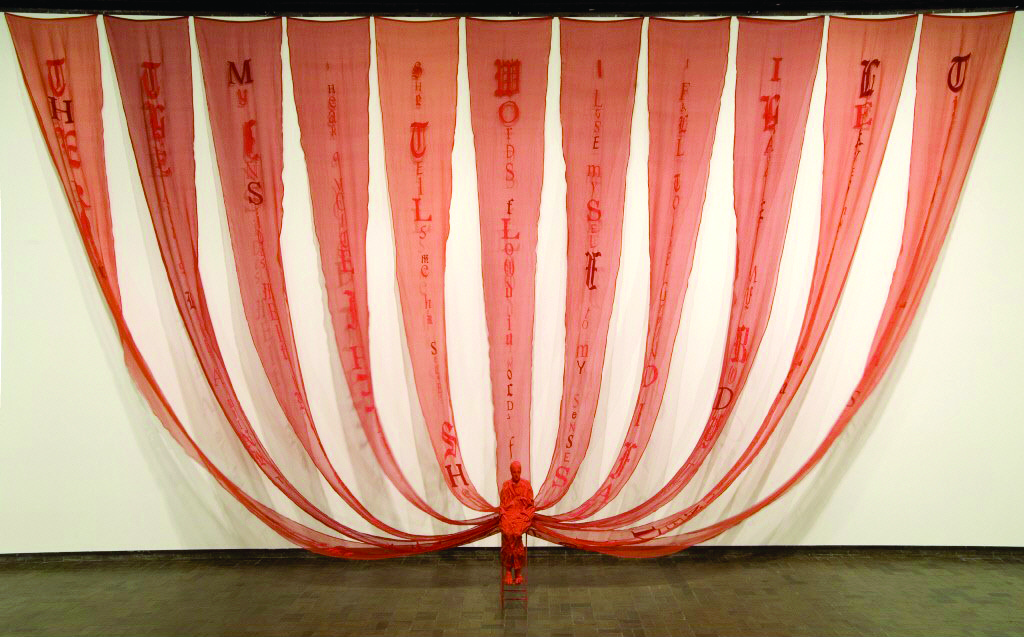 The F Word: We Mean Female!

On the occasion of the 100th anniversary of women’s suffrage in the U.S., the Hunter celebrates the many incredible works in its collection by female artists. Spotlighting larger installation pieces, many of which are rarely on view, this exhibition includes a range of artworks with a mix of subjects, styles, and media, all from a uniquely female perspective.

Women artists have fought for representation for decades, with a feminist art movement gaining strength in the 1960s. Feminist artists sought to rewrite the male-dominated art historical narrative by including women’s perspectives, using unconventional art materials and questioning artistic stereotypes.

A leader of the movement, and one who embraced the use of “traditionally female” materials for her artwork, was Miriam Schapiro. Using the visual language of quilting, Schapiro challenged the idea that working with fabric was “domestic” or “women’s work.” She helped establish the notion that embroidery, quilting, and appliqué should also be thought of as art, and not viewed as simply decorative. Shapiro is represented in the Hunter’s collection by one of her iconic kimono robe pieces.

Several other pieces in the exhibition continue the investigation of textiles as an art medium, including a spectacular fifty-foot installation by Lesley Dill, as well as works by Tennessee-based artists Vadis Turner and Alicia Henry.

Questioning cultural and feminine stereotypes is another hallmark of feminist art, and one that is explored by a number of artists in the exhibition including Carrie Mae Weems, Susan Hauptman, and Faith Ringgold. Each artist attacks misperceptions in her own way, bringing previously unheard voices to the mainstream.

The F Word is a small window into the work that the Hunter Museum has been doing to support and empower women artists over a number of years. Female artists are underrepresented in museum collections, including the Hunter’s. As a result, we have actively sought to correct this over the last two decades, making it an acquisition priority and adding nearly 100 works by female artists since 1990. Since 2009, the museum has also organized three traveling exhibitions of women artists that have toured nationally to 10 venues around the country.

We hope to continue our efforts for many years to come.

Organized by the Hunter Museum of American Art.