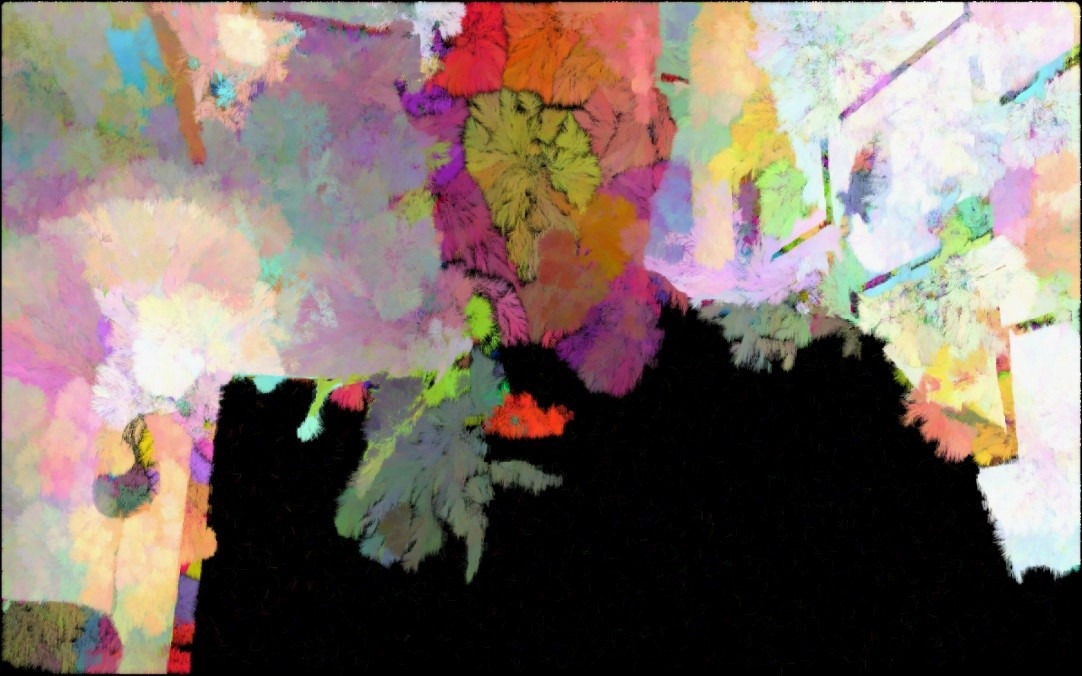 Daniel Rozin’s Selﬁsh Gene Mirror simulates the behavior of genes ﬁghting to reproduce. This piece draws inspiration from the Neo-Darwinistic theory described in Richard Dawkins’ book “The Selfish Gene.” The theory proposes that evolutionary change is caused by “selfish genes” whose sole motivation is to propagate in the gene population. The image a viewer sees is composed by the artist’s customized “Darwinian algorithm” in which a “gene” is a line of about ten pixels. Each gene is programmed to compete for its ongoing existence—thus exhibiting “selﬁsh” behavior. Of the roughly 10,000 active members in this digital gene pool, only half will survive, replicate and propagate the reﬂected image.

For nearly three decades, Rozin’s interactive installations and sculptures have integrated the viewer, in real time, to create a representation of the viewer’s likeness in the object. Reflection and surface transformation become a means to explore human behavior, representation, and perception.

Rozin is currently an Associate Arts Professor in the Interactive Telecommunications Program at New York University’s Tisch School Of The Arts. He earned a BD at the Jerusalem Bezalel Academy of Art and Design and an MPS from NYU.