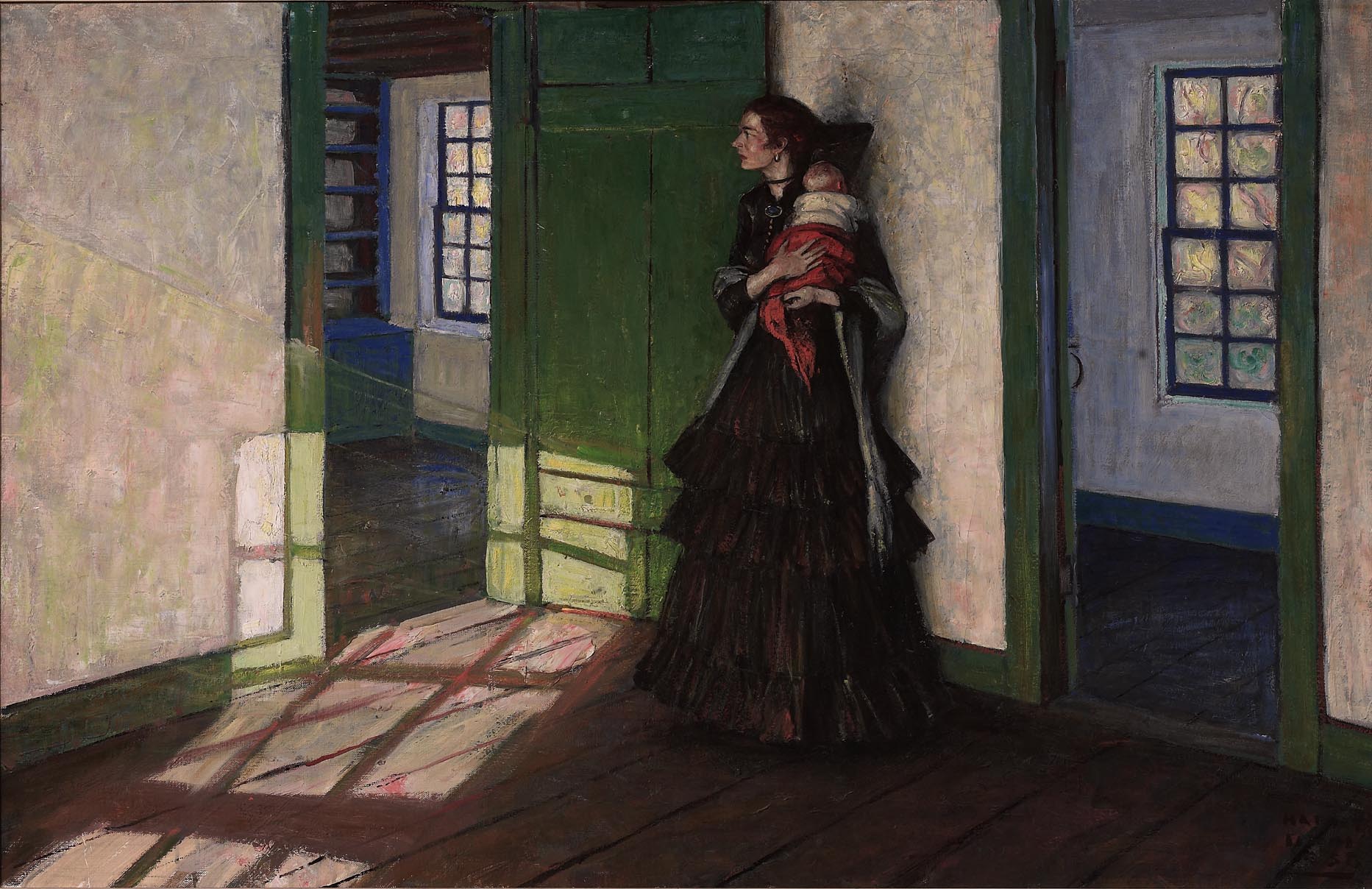 Masters Of The Golden Age

Harvey Dunn And His Students

The Golden Age of illustration, from the 1880s to the 1930s, was a period of unprecedented commercial success for many artists. As mass media publications of all kinds, particularly magazines, gained popularity across the nation, a great need arose for images to accompany the stories of the day. Before photography became a viable medium, illustration filled that need, and artists used pencils and brushes to tell the stories of American life.

This exhibition celebrates the life and work of Harvey Dunn (1884-1952). Born in rural South Dakota, Dunn became one of the leading artist-illustrators of his era, whose work as both an artist and a teacher had enormous influence on the way Americans saw their lives portrayed in the early 20th century. From scenes of rural America to images captured on World War I battlefields, this exhibition features Dunn’s work for Scribner’s, Harper’s, The Saturday Evening Post, American Legion Monthly and other magazines as well as his work for the American Expeditionary Forces.

Along with Dunn’s success as an artist, he was also a renowned teacher whose instruction fostered a new generation of illustrators. Through classes conducted at his Leonia School of Illustration in New Jersey as well as Grand Central School of Art, at the Art Students League, Dunn taught hundreds of students, many of whom became famous in their own right. Work by a number of those students, including Dean Cornwell, Henry C. Pitz, Saul Tepper, and Harold Von Schmidt (see Wing Walkers, page 5) are featured in the exhibition. By examining Dunn’s own work alongside the many he inspired, visitors gain insight into the role illustration played in helping to shape new notions about American identity at the turn of the 20th century.

Artworks for this exhibition are drawn from the collections of the Norman Rockwell Museum, South Dakota Art Museum, The Kelly Collection of American Illustration Art, The Illustrated Gallery, and several other institutions and collections of private lenders.

Click here to learn more about the life of Harvey Dunn.

Click here for information about the opening talk and reception.

Masters of the Golden Age: Harvey Dunn and His Students is made possible in Chattanooga by support from SunTrust and media sponsor Chattanooga Times Free Press and is a collaboration of Norman Rockwell Museum in Stockbridge, Massachusetts and the South Dakota Art Museum in Brookings, South Dakota.

Help us Propel Past COVID

At no time has supporting the Hunter Museum been more crucial than it is today as we cope with the significant impact of COVID-19.

The Hunter has launched a Propel Past COVID campaign to raise funds needed to ensure the museum’s stability and resilience through this uncertain time.

Donate now to support everything you love about the Hunter Museum.